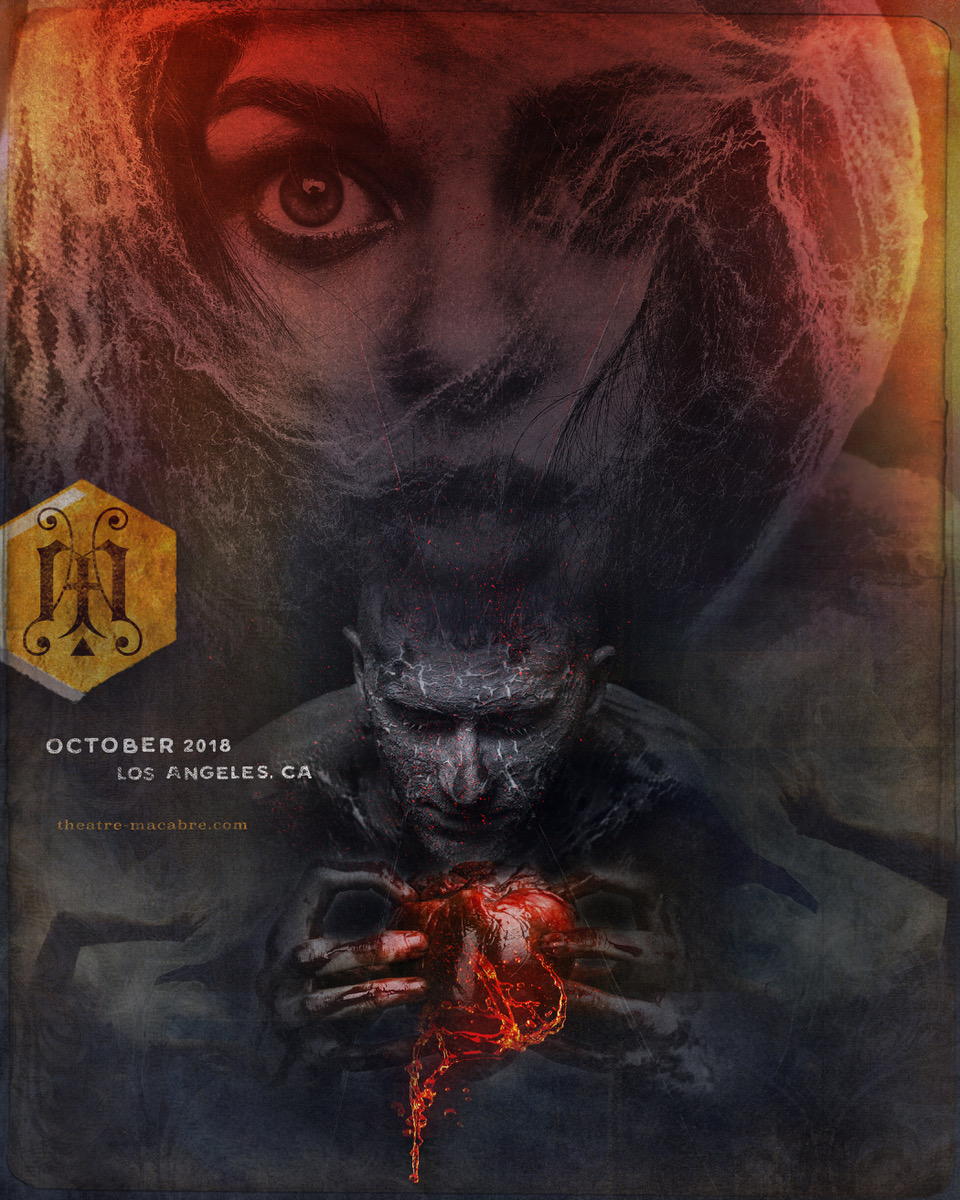 I’m so excited to announce my involvement in Theater Macabre!  From the producers that brought you immersive theater experiences Lust and Tension, now comes Theater Macabre!  Opening night swiftly approaching!

LA has been host to me for two years!!  Hard to believe!  Two years ago I moved to LA to study under the tutelage of the amazing Paola Coletto and her physical theater school based in methods created by Jacqu Lecoq. I got into the film/tv world 18 months ago and I can’t complain. I’ve booked an xfinity commercial, 4 student films, one sag internet project that got me to SAG eligible status, 3 plays, and I was a clown for the lovely Natasha Lyonne in her strange and silly short called “Cabiria, Charity, Chastity” with Maya Rudolph and Fred Armison.

I’ve trained at Warner Laughlin Studios with Stephen Van Dorn, at Lesly Kahn Studios with a few brilliant teachers, with Steve Easton at his Studio, and am currently taking a VO class at TalkShop LA!

The school was hard at times. However, the lessons learned there and the friends cultivated will be with me for a lifetime!  Thanks Paola for taking a chance on LA and thus helping me find my new home!